The science events to watch for in 2020 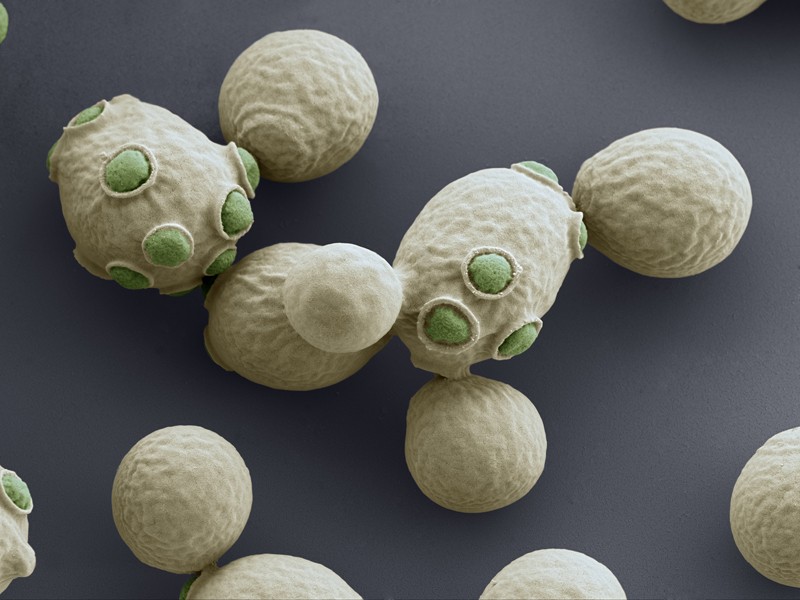 2020 will see a veritable Mars invasion as several spacecraft, including three landers, head to the red planet. NASA will launch its Mars 2020 rover, which will stash rock samples that will be returned to Earth in a future mission and will also feature a small, detachable helicopter drone. China will send its first lander to Mars, Huoxing-1, which will deploy a small rover. A Russian spacecraft will deliver a European Space Agency (ESA) rover to the red planet — if issues with the landing parachute can be resolved. And the United Arab Emirates will send an orbiter, in the first Mars mission by an Arab country. Closer to home, China is planning to send the Chang’e-5 sample-return mission to the Moon. And elsewhere in the Solar System, Japan’s Hayabusa2 mission is due to return samples of the asteroid Ryugu to Earth, and NASA’s OSIRIS-REx will bite off a chunk of its own asteroid, Bennu.

Following the media splash made by its image of supermassive black hole at the centre of the galaxy Messier 87 in 2019, the Event Horizon Telescope collaboration expects to release new results, this time about the black hole at the Milky Way’s centre. This could include multiple images and perhaps even a movie of gas swirling around the behemoth, which is called Sagittarius A*.

Later in the year, ESA’s Gaia mission will update its 3D map of the Milky Way, which has markedly changed how scientists understand the Galaxy’s structure and evolution. And gravitational-wave astronomers will unveil the troves of cosmic collisions they observed in 2019 that created ripples in space-time. These include many mergers of black holes but also previously unseen collisions of a black hole and a star.

CERN hopes to secure funding for a future mega-collider in 2020. The European particle-physics laboratory near Geneva, Switzerland, will hold a special meeting of its council in Budapest in May, where a committee will decide on the plans as part of an update to the lab’s European Strategy for Particle Physics. CERN’s proposal includes a menu of options for a future collider. The lab hopes to build a 100-kilometre machine that could be up to six times as powerful as the Large Hadron Collider and cost up to €21 billion (US$23.4 billion).

In the United States, the Fermi National Accelerator Laboratory near Chicago, Illinois, should unveil long-awaited results from Muon g–2, a high-precision measurement of how muons — more-massive siblings of electrons — behave in a magnetic field. Physicists hope that slight anomalies could reveal previously unknown elementary particles.

An ambitious effort by synthetic biologists to rebuild baker’s yeast (Saccharomyces cerevisiae) is due to reach completion in 2020. Researchers have entirely replaced the genetic code of much simpler organisms before — for example, the bacterium Mycoplasma mycoides — but doing this in yeast cells is much more challenging because of their complexity. The effort, called Synthetic Yeast 2.0, is a collaboration between 15 laboratories on 4 continents. Teams have replaced the DNA in each of the 16 chromosomes of S. cerevisiae piecemeal with synthetic versions. They have also experimented with reorganizing and editing the genome — or deleting chunks of it — to understand how the organism evolved and how it copes with mutations. Researchers hope that engineered yeast cells will unleash more-efficient and -flexible ways to manufacture a host of products, from biofuels to medicines.

In August, the United Nations Environment Programme will release a major report on the scientific and technical aspects of geoengineering — approaches that could be used to fight climate change. These include pulling carbon dioxide out of the atmosphere and blocking sunlight. Also in 2020, the International Seabed Authority is due to issue long-awaited regulations that will enable mining of the bottom of the sea. Scientists worry that not enough is known about how the practice could damage marine ecosystems, with potentially disastrous impacts on already stressed environments.

But the big event on climate will come in November, when the COP26 climate conference — a moment of truth for the Paris agreement — kicks off in Glasgow, UK. Under the 2015 accord, countries must come forward with updated targets for reducing their greenhouse-gas emissions to help limit global warming to no more than 2 °C. But most countries have been slow to act on their promises. And the future of the treaty itself hangs in the balance: the United States is expected to formally drop out that month.

The White House and the US Congress are up for grabs in November, and the outcome could have big implications for science, in particular the climate. A second term in office would allow President Donald Trump to continue unravelling his predecessor’s climate policies — and all but ensure the United States’ formal exit from the Paris agreement a day after the election. Democrats could stymie those efforts by winning the White House or gaining a majority in both houses of Congress. All 435 seats in the House of Representatives and 35 of the Senate’s 100 seats are being contested.

The dream of growing replacement organs for humans in other animals could get closer as researchers make strides in the ethically fraught technique. Stem-cell scientist Hiromitsu Nakauchi at the University of Tokyo plans to grow tissue made of human cells in mouse and rat embryos. He will then transplant those hybrid embryos into surrogate animals, a step that wasn’t allowed until a new law in Japan came into effect last March. Nakauchi and collaborators have also applied to do a similar experiment using pig embryos. The ultimate goal of such research is to produce animals with organs that can, eventually, be transplanted into people. But some researchers think it will be safer and more effective to grow ‘organoids’ in the lab.

In the Indonesian city of Yogyakarta, a major test of a technique that could halt the spread of dengue fever will reach its conclusion. Researchers have released mosquitoes carrying Wolbachia bacteria — which inhibit the replication of mosquito-borne viruses that cause dengue, chikungunya and Zika — and let the infection spread in the wild population. Smaller tests in Indonesia, Vietnam and Brazil have shown tantalizing promise.

Also promising is a malaria vaccine that is due to be trialled on Equatorial Guinea’s island of Bioko. And in 2020, the World Health Organization hopes to eliminate sleeping sickness, or African trypanosomiasis, as a public health problem. This notorious disease is carried by tsetse flies (Glossina spp.).

Physicists hope to achieve their dream of creating a material that conducts electricity with no resistance at room temperature — although, for now, such superconducting materials work only at pressures of millions of kilopascals. Following the success of compounds known as lanthanum ‘superhydrides’, which in 2018 broke all temperature records for superconductivity, researchers hope to synthesize yttrium superhydrides that could be superconducting at temperatures of up to 53 °C.

Companies large and small plan to start selling solar cells that use perovskites, promising materials that could be cheaper and easier to produce than the silicon crystals used in conventional solar panels. When paired with silicon in ‘tandem’ cells, perovskites could yield the most efficient solar panels on the market.

The energy sector could achieve another milestone during the Tokyo Olympic Games in July, when Toyota is expected to unveil the first prototype of a car powered by ‘solid-state’ lithium-ion batteries. These replace the liquid that separates the electrodes inside the battery with a solid material, increasing the amount of energy that can be stored. Solid-electrolyte batteries last longer, but they tend to charge more slowly.