A MOTORIST claims to have captured on video the ghost of a dead bride on a forest road where 10 accidents have been reported in a year.

The viral footage has been acclaimed as a "sensation" by paranormal investigators after being uploaded to video-sharing websites.

Driver Karina Dmitrieva, from Moscow, spotted the silhouette of what she thought was a young woman in a wedding gown and a veil on the road between the towns of Lyubertsy and Lytkarino in western Russia's Moscow Oblast region.

Ms Dmitrieva, who was travelling with another woman, checked her dashcam which showed that she really had seen something. 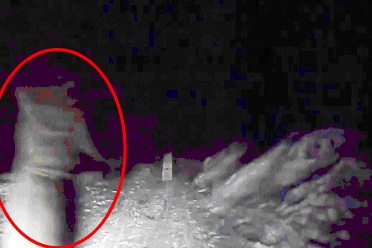 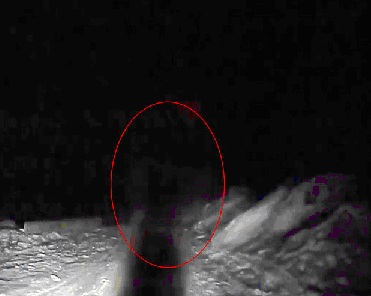 Locals say that there was a horrific accident – involving a wedding cortege – back in 1989.

The newlyweds were on their way to a local park to celebrate with friends when their car smashed into a lorry on a bend.

The groom survived but the bride was killed.

Paranormal investigator Ilya Sagliani, coordinator of the “Laboratory of the Unknown”, said there had since been a number of sightings of a ghostly bride at the scene.

He said: "Two years ago, we got a picture of a barely visible silhouette of a young woman standing on the side of the road.

"This video is a real sensation. I’ve been studying this infamous road for a good eight years."

Drivers have previously reported mysterious events on the road, such as sudden fog, after losing control and crashing at the accident blackspot.