Why “Sex Addicts” might not be Addicts After All 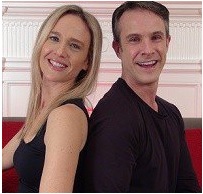 As a yoga teacher I’m often confronted with yoga falsehoods like, “this inversion can reverse blood flow.”

Um, no. Our veins and arteries would definitely disagree with that statement.

As a life coach who specializes in self-empowerment, I also work with a lot of clients dealing with relationship or dating issues. There are many falsehoods in this world too such as, “I think I’m a sex addict.”

Sex addiction is popular and lucrative business for many professionals in the sex therapy field. Claiming someone is a sex addict can also lessen accountability and make it easier to forgive a person whose sexual behavior was hurtful because as an addict it was “beyond their control.”

When it comes to sexual addiction there is usually an underlying issue like anxiety, or obsessive-compulsive behavior in which lots of sex and sexual release can be a relief. But, compulsion and anxiety are not addiction.

As long as everyone is consensual and having a good time, the idea of enjoying too much sexual play is ridiculous.

Sex addiction gained popularity after the 1998 Clinton scandal. Before then it was primarily the religious circuit that used that label to shame people who had affairs or expressed sexual diversity. Despite its pop culture popularity, it’s very important to be aware there is still no diagnosis labeled “sex addict” in the American Psychiatric Association’s Diagnostic and Statistical Manual of Mental Disorders (DSM) as of 2016.

Dr. Chris Donaghue, Clinical Psychologist, author and sex therapist, challenges the very system he was trained under in his new book, Sex Outside the Lines: Authentic Sexuality in a Sexually Dysfunctional Culture.In his book Dr. Donaghue asks important questions like, “Who is creating the standard for what it means to have a healthy or normal sex drive?”

Studies show that we are a nation of sexual hypocrites—our behaviors are at odds with our beliefs.

For all our progressive sexual ways, American society can’t wait to jump on someone who seems a little too progressive, free, different or outside of what is considered sexually acceptable.

“Reputable” sites like webmd or psychcentral.com offer a list of symptoms that could make a person a sex addict:

This is clearly a list of fairly common sexual behavior.

Treatment programs like Sex Addicts Anonymous questionnaires range from wanting to know if we keep secrets about our sexual or romantic activities from those important to us or are driven to have sex with people or in places we wouldn’t normally choose. (Yes, that could also be called privacy, excitement and novelty.)

So, before we start labeling people sex addicts or wondering if we are a sex addict, let’s consider these things:

Sex is great. Lots of sex is even better. And as long as it’s consensual, enjoy it any way you like.